Review: Secrets of the Starcrossed by Clara O'Connor 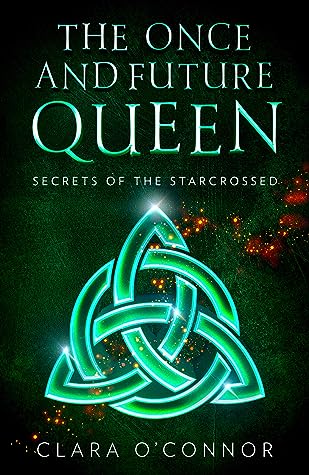 Title: Secrets of the Starcrossed
Author: Clara O'Connor
Series: The Once and Future Queen #1
Genre: Fantasy/Retelling
Publisher: HarperCollins UK, One More Chapter
Publication Date: January 21st, 2021
Edition: Kindle Edition
Source: NetGalley
Pre-Order: Amazon US | Barnes & Noble | Book Depository | BAM
Synopsis:
In a world where the Roman Empire never fell, two starcrossed lovers fight to ignite the spark of rebellion…
Londinium, the last stronghold of the Romans left in Britannia, remains in a delicate state of peace with the ancient kingdoms that surround it. As the only daughter of a powerful merchant, Cassandra is betrothed to Marcus, the most eligible bachelor in the city.
But then she meets Devyn, the boy with the strange midnight eyes searching for a girl with magic in her blood.
A boy who will make her believe in soulmates…
When a mysterious sickness starts to leech the life from citizens with Celtic power lying dormant in their veins, the imperial council sets their schemes in motion. And so Cassandra must make a choice: the Code or Chaos, science or sorcery, Marcus or Devyn?

Well, this book took me on a bit of a ride. I had pretty lukewarm feelings for this book for about half of it. The characters were a little flat at first for me, the worldbuilding felt a bit like info-dumping. The way the information about how their government worked and what was really going on was presented through the MC talking to another character who starts the main conflict didn't really sound very organic to me.

The characters were the biggest issue for me. They are in their early 20's but read like teenagers. I was honestly shocked when I found out the MC was 21, and the "boy" was 26, they come across more like 15/17-ish, so the synopsis calling him a boy is a little weird. Both describe a male, but boy gives the connotation of someone who is very young. (I'm 34, so 25/26 is young... but you get what I mean.) Both Cass and Devyn, Cass being the MC and Devyn being the love interest, took some time becoming interesting characters. But once they did I was far more invested in the story. It did come across a little like instalove, but once things were revealed it made more sense at how attracted they were to each other as quickly as they were.

This might get called at having a "love triangle", but it doesn't really. She's not really all that attracted to the guy she's betrothed to and he's not that interested in her beyond friendship. Although that was an odd aspect to the story, and it wasn't mentioned if every betrothal is treated like theirs, where they meet once when they're first paired, and then don't see each other again until they are closer to getting married. I just feel like it would have made more sense if they saw each other like... once a year during their whole betrothal. But theirs has some shenanigans attached to it that would disrupt the plot, which is what makes me wonder if theirs was different in more than one way.

The last third of this book was by far my favorite part. There was a lot of action and some of that spy work that's mentioned, and I really enjoyed that.

One thing I would have liked to see in this book is some of it from Devyn's POV. He's a character who holds a lot of secrets and I would think some of the world building had it been told from his perspective would have helped those moments seem more organic.

There's a pretty intense cliffhanger, that makes me excited for the sequel.
Posted by Marie - Pages To Explore at 8:39 PM