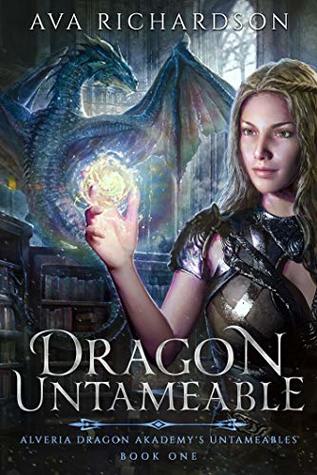 Synopsis:
Only one person can save the kingdom from utter darkness—but it will take a power she can’t control.
The dragon kingdom of Alveria has enjoyed years of peace under King Lasaro and Queen Kaelan’s reign—until never-ending darkness falls across the land, and ghosts are unleashed from the underworld. As attacks on innocents rise, there’s little the noble dragons can do to protect the people from spirits impervious to magic.
Laini Unclaimed is one of the first to face the terrifying ghosts. After a lifetime of rejection, all the orphan wants is to find her place as an accepted member of society. But when the realm plunges into eternal night, her uncontrollable—unheard of—power awakens: the power over light and dark.
Despite whispers of suspicion and blame, Laini refuses to accept she’s responsible for the darkness. Under the king’s guidance, she heads to the prestigious Akademy to learn control of this newfound magic. But even the strong Akademy walls may not keep Laini safe, for a hunter lurks in the shadows, waiting for the right moment to assassinate her.
Now Laini must discover the source of her powers and banish the darkness covering Alveria—before whispers become a cry for her death.

I really liked being back in the Dragon world of Alveria. The first series set in this world was a lot of fun to read and I loved those characters, many are back in this series.

Laini is a great character, though I didn't really care for her passive personality at the start of the book. The type to apologize to people for everything, for example at the start of the book it's a birthday party for a young child and while Laini is still doing work, cleaning and getting more refreshments for the children, the rest of the staff who are supposed to be working are standing chatting and when she asks for their help they snap at her and she apologizes for asking. I think I don't like that in people because I used to be that way and was treated like a doormat. But Laini grew on me. She became less passive, I like that she grew and became less passive.

Tyr. strange name aside, I really liked his character. His motivations, his reservations. They seemed genuine. I like when characters are conflicted. It gives them complexity. I liked how his past and his secrets were revealed. As readers, we find out before everybody else, I am not sure if I would have preferred to find out before, or with everybody else. On one hand, it makes the impact of the reveal to everybody else less of a shock, but on the other, we get to understand more about him as a character if we already know.

The other characters in the Untamable class, Thea and Lokari. Thea has the dragon power to make sonic booms and Lokari can cast illusions. Both of these powers, along with Laini's, seem to be unique to those characters. They are the polar opposite to Laini, outgoing, outspoken and very sure of themselves despite not being in full control of their powers. But I have a theory about who they are in the grand scheme of the series, based on the synopsis of the sequel.

I really like this book, and I love that all of Richardson's books feature Dragons. There is a serious lacking of Dragons in Fantasy these days. I suppose most people think that nothing new can be done, but Richardson proves that wrong. This is the fifth book I have read by her, and they are all amazing. Highly recommend you check any of her books out.
Posted by Marie - Pages To Explore at 11:34 AM