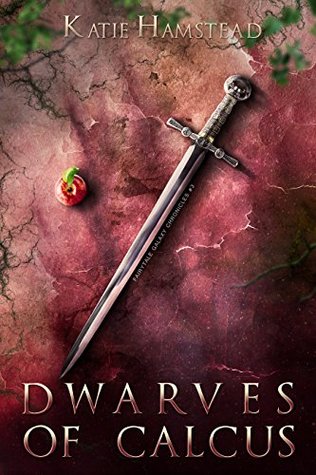 
Synopsis:
When she was thirteen, Snow Sabbia crash-landed on the dwarves’ home planet of Calcus. After fleeing from her step-mother’s huntsman, seven brother dwarves took her in to hide and protect her. She has hidden for years on the peaceful planet, tinkering with old automobiles and pushing papers in the mine office.
Then, Timothy White shows up.
The shy, nervous, nerdy heir captivates Snow before she even knows who he is, and quickly she falls in love. But his high profile in society draws unwanted attention from her vengeful stepmother, who wants Snow dead.
Geneva believed Snow died years earlier and she had consumed her innocent heart. With her late husband’s wealth, Snow’s inheritance, in tow, she married a young lord, Conrad. Both are using each other—Geneva for his title and to have a child, Conrad for her money and beauty. But when Conrad lays eyes on his boyhood rival’s lovely fiance, Snow, his overwhelming desire for her reveals the truth to Geneva, that Snow lives.
Desperate to hold onto her wealth and power, Geneva seeks to kill Snow properly this time. Snow has the power to wield the one thing that can destroy her, so she cannot let the girl claim possession of the family heirloom, the Nevollo Sword.
Snow soon learns her step-mother knows she is alive. But she is a pacifist, so she must outwit Geneva and remain hidden… until Geneva, disguised as a child, presents her with an apple.

I really am in love with this series. And it doesn't bother me at all that things are told completely out of order. The events in this book take place before the events in the first, but after the events in the second. I think the non-linear story telling adds to the world in a way that makes things more interesting if things were told in order. It adds a level of mystery as well as gives easter eggs when characters, places and objects are mentioned.

I really liked Snow. Smart, sassy, so not a damsel in destress. And Timothy was just so darned cute. I liked that he wasn't  a generic "take charge" guy, flauniting himself about. It made their romance endearing, albeit fast almost insta-love. But it wasn't annoying, possibly because they mention how things moved fast. They didn't act like it wasn't at least a little strange their relationship progressed quickly. But they were so cute and endearing that I didn't care that it was practically insta love. But all the falling in love, seems more realistic because these characters are in their 20's, not teenagers.

The dwarves were also some pretty great characters, all with very distinct personalties. Most of them viewd Snow as thier little sister, teasing her when she brought Timothy home to meet them. And their devout love for her was something that often gets ingored when some other authors write dwarves. They are mostly only written as selfish and gold hoarders. Theses dwarves owning a mining planet, not sure how a planet has a seemingly endless supply of ore, and gems... maybe it's magic? But they are intellegent business men, not bumbling selfish warriors. The only trope for the dwarves is their distrust of other magical beings, but in this series all magical beings distrust each other fairly equally.

The evil stepmother/Queen in this book is possibly the most vile of the evil Queen's yet. I don't know why she seems to be the worst when none of them are particurarlly, for lack of a better word, likable. Maybe because she never had any delusions about thinking she was doing anything for a better cause, it really was all about herself. Not even her child.

I can't wait to read more, I really love this series so very much.
Posted by Marie - Pages To Explore at 3:16 PM