Top Ten Tuesday is an original feature/weekly meme created by The Broke and the Bookish
To take part, just pick your top ten, and add the link here.

In the past few years, I have become slightly less of a fan of Adaptations. It just seems that everything is an adaptation and there really aren't any new original movies anymore. Not to mention that adaptations are kind of a 50/50 and it's always a shame when it sucks. But there are a couple that I am looking forward to. I don't think I'll have 10 to share.

1. Warcraft
Not a book adaptation exactly. There are lore books, but this is more of the old Warcraft game adaptations. I've only played Warcraft 3. This is long before WOW. I can't stop watching this trailer, it's just so pretty.

2. Maze Runner: Scorch Trials
I haven't read any of the books, but most of what I heard is that the books aren't very good. I really enjoyed the first movie, so I plan on watching the sequel.

3. The Hunger Games: Mockingjay Part 2
Honestly, this is part of why I kind of hate book to movie adaptations, they are always splitting the last book in two, and a lot of the time it's really unneeded. But, alas, I loved that last book and they are doing such a great job with this adaptation I am really looking forward to the conclusion.

4. Fantastic Beasts and Where to Find Them
I am such a Potterhead, I can't help but be excited for this. Sadly, no trailer... 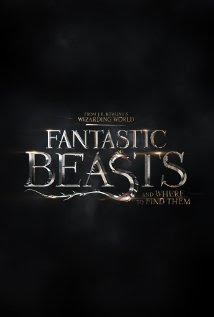 5. The 5th Wave
Another adaptation where I have yet to read the book, luckily I can never get to the movies, the joys of having a toddler and being kind of broke, so I have plenty of time to read the books before the movie comes out. (Thank you library)

Okay, so I didn't have 10 to share, but! I thought I'd share 5 books that I want to be adapted, as long as they're done right. This part was added in. This list is kind of hard, considering there are so many books that I think would make good movies, but I am also scared they'll be ruined.

Throne of Glass by Sarah J. Maas
This has so much potential. But I wonder if this story would be better as a movie or a TV show. With a show I worry they'll add in to much filler and dilute the story.

The Young Elites by Marie Lu
Another story that could go either way. But I think this one wold almost be easier to adapt since this story will have less books than ToG.

Cinder by Marissa Meyer
I've seen people express that these books would look great as a Pixar type movie. And, personally, am split on that notion. Either way I think this would be great adapted. Despite what I said about not really liking adaptations much.

Across the Universe by Beth Revis
This one, I feel would be great, if The 100 wasn't already adapted. I think some who aren't big fans of the books might think they are too similar. But this is my favorite YA Dystopain, it is such a unique story and setting.

Falling Kingdoms by Morgan Rhodes
This one could also go either way. And I can't think of a single actor that could play any characters.
Posted by Marie - Pages To Explore at 9:40 PM