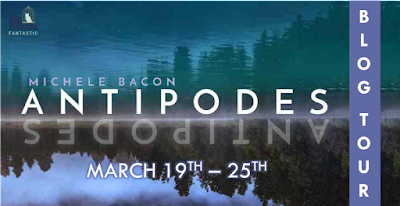 Synopsis:
When Erin Cerise steps off her plane in Christchurch, New Zealand, she is focused intently on her mission: do something unique that will erase the mess she made of her life on her 17th birthday. She’s already lost her swim team captainship, her boyfriend Ben, and her reputation. Her mother is certain, studying abroad will regain Erin’s chances of a good future. Once Erin sees her uninspiring host family and city, though, she’s not so sure.
Before Christchurch, Erin wasn’t always intense and focused. Years ago, a mission sounded like a fun adventure, and the only ivy she cared about was the stuff growing around her grandparents’ back porch at their peaceful Upper Peninsula home. When had her priorities gone upside down?
Now Erin balks at NZ’s itchy school uniforms, cold houses, and her hosts’ utter inability to pronounce her name correctly. Christchurch does boast amazing rock climbing, gorgeous scenery, and at least one guy who could make her forget Ben if she lets him. With months ahead of her, Erin slowly begins to draw on the years behind her, one step back into her memories at a time. As she rebuilds her life from the other side of the world, she finds that when life turns your world upside down and you’re far from home, every way you move takes you closer to where you came from.

I struggled with enjoying this book for many reasons. But first, the positives; it was well written, and the characters were nicely constructed not all of them had much development but I'll get to that.

The main character, Erin, is one of the most unlikeable characters I had read. She is whiny, selfish for most of the book, entitled, and a little rude. She goes to a country on the other side of the world and doesn't bother to learn anything about the culture. I guess she figured since it's a "white" country, that she didn't need to.

She was very rude to her host family, rude to some of her classmates, just rude to random people she encounters. It was well over half the book before she started to think of other people's feelings. That more than her little world where there are no financial struggles is how the world works.

I couldn't sympathize, or empathize, much she was going through, other than how her mother treated her. She was treated less like a daughter and more like another client. She pushed and pushed for Erin to get into an Ivy League school, but only for the career that her mother wanted for her. Not really caring about the kind of person that Erin is, and what she wants from life. Having everything dictated for you is no way to live, and it's probably why it took a whole half of a year, not having her mother breathe down her neck 24/7, for Erin to figure out what she really wanted in life.

One thing that this book needed was more of an ending. I felt like it left off just as things were really starting to pick up for Erin. It ends before she gets back home and really faces her mother with her new college and career goals. I would have liked to see that, to bring things full circle.
-------------------------
About the Author: 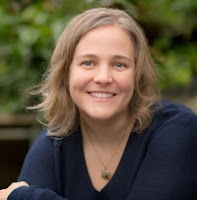 Michele Bacon writes novel-length fiction for young adults and older adults. When she’s not writing, she’s skiing, playing tabletop games, traveling, or dreaming of travel. She lived in Christchurch, New Zealand for over a year, and is eager to return. Today, Michele lives in Seattle with her partner and three children. She is also the author of Life Before.
Posted by Marie - Pages To Explore at 11:00 AM