Friday 56 and Book Beginnings: Mind of the Phoenix by Jamie McLachlan

I just started this book, I've just barely started the first chapter, so the 56 will be a surprise for me.

Synopsis:
Moira is a powerful empath, a psychic graced with the ability to read emotions and memories. Her skill is as much a curse as a gift, for in the harshly stratified city of Braxton empaths are slaves. Clever and beautiful, Moira has learned to rely on no one but herself. Determined to escape life as a concubine, she kills her master, and is imprisoned for the crime.
This could be the end for Moira, but the government has need of her skills. A mysterious serial killer known as the Phoenix has been planting suggestions in his victims' minds that drive them to murder and suicide. To gain her freedom, Moira partners with Keenan Edwards, a handsome young detective, to stop the killer.
Hunting the Phoenix will bring Moira on a more dangerous road than she imagined, forcing her to confront dark minds, twisted moralities, and her growing feelings for the detective. 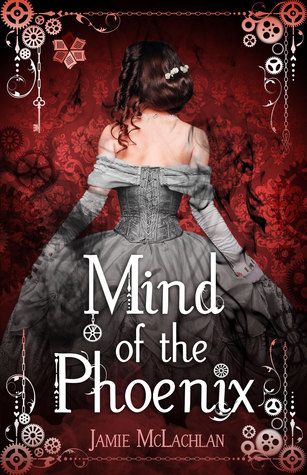 Book Beginning:
Baxton, Fortland
January 7, 1903
On a clear evening night, Charles Darwitt sat contentedly in the back seat of his motor vehicle as his driver wove at a brisk pace through the streets of Baxton.
Thoughts:
Kind of a bland start really. But it does pick up by the end of this prologue.


My 56:
"If what he says is true about this....door, that you could potentially damage his mind in your attempt to open it, I think you should stop," Keenan suggests carefully, and I notice that he has strategically phrased his words as a recommendation rather than a demand.
Thoughts:
I am really interested to what the heck is going on. I hope this book is as good and mysterious as these snippets make it sound.
Posted by Marie - Pages To Explore at 10:45 PM